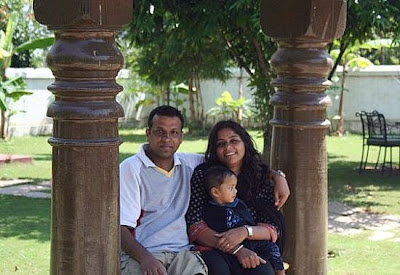 In India, working mothers are entitled to 3 months’ paid maternity leave.
Today is the 100th International Women’s Day in history, and I can’t think of a better time to reflect on one of the most interesting parts I’ve enjoyed in covering my Moms Around the World project so far:
“What benefits, if any, can working women expect when becoming mothers in countries around the world?”
I have to say that, in general, I’ve been impressed by how much support there is in much of the world today to help protect a woman’s position in the workplace, even when taking a leave to have or adopt a baby. It seems that “maternity leave” of some sort has become a widely accepted practice, and that many cultures recognize the value in families having time to bond with new babies–without sacrificing their financial livelihoods. I’m also impressed with how many countries or provinces allow dads to take time off as well. Here is a sampling of answers I received from some of the mothers in different countries.
Cairns, Australia
Peace: Raising children has changed a lot in Australia since I was a child. Women are returning to work sooner and having less time off with each baby. I think it’s as much a reflection of contemporary societies’ expectations of women as it is of financial pressures. I stayed home with my children until they were 4 but I was an exception to the norm and it was a very conscious decision that we made. As a teacher I am entitled to 7 years unpaid leave, so I was always able to return to work should I need to or want to. Australia’s maternity leave policy is something our current government is looking into as each company has their own rules as to how much time you are allowed to take and whether it is paid or unpaid leave. Some companies unfortunately still have no allowance for maternity leave at all. Few have any allowance for paternity leave. Read more
Bangalore, India
Merlin: Well, Mothers are entitled by law 3 months paid maternity leave in India—public and private—and the practice continues. What has changed is that, today many corporations give the option of taking a year-long break or sabbatical post pregnancy. Of course, you get no remuneration during this period. There are also options of working from home for sometime after you finish with your maternity leave. It varies from corporation to corporation, but 3 months’ paid maternity leave is a standard norm. Read more
Vancouver, Canada
Shana: Moms have a year of maternity leave, which is wonderful and a good reason to live in Canada!  Most mothers take the full year or share it with their partners who can take “parental leave.” Read more
Nairobi, Kenya
Elizabeth: CRS Kenya (Catholic Relief Services) policy allows 90 days of maternity leave in addition to one’s annual leave, which is typically one month each year. Fathers are also given 14 days of paternity leave. In addition, CRS Kenya’s policy allows expectant mothers to take leave 10 days prior to their expected day of delivery. Read more
Weinstadt, Germany
Vanessa: Yes, mothers are allowed a paid maternity leave by the government. Maternity leave generally starts six weeks before the due date and ends eight weeks after birth. Maternity leave payments are in addition to paid parental leave…. In Germany, parents may get up to 1,800 Euros per month per child born in 2007 or later. Although parents were already entitled to receive up to 300 Euros per month per child, this regulation was seen as insufficient for working families because it simply was not enough to cover normal child and household expenses. This parenthood benefit is called “Elterngeld” in German, which roughly translates into “parent’s money.” Under the new system, a mother or father is paid 67% of their net income earned over the 12 months preceding the birth, but not less than 300 Euros and not more than 1,800 Euros. Read more
Jakarta, Indonesia
Emmeline: Yes, government regulation provides 3 months maternity leave. Most mothers go back to work 3 months after their maternity leave. This is probably because the support network in an Indonesian family is very strong so grandmothers usually step in to help if not other relatives. And it is very common for people to have a full time nanny or a helper to assist in taking care of their children while the mommies are at work. Day care is not very common and most children do not start going to a formal educational facility until they are 5. Read more
And here in California…
I find it interesting that where I live, in the state of California, the laws created to protect a working woman’s transition to motherhood use the term “disability” to help justify any continuation of health coverage, retaining the job position, or for the lucky: partial pay for up to six weeks. Consider this phrase for California state employees:
“All female State employees disabled due to pregnancy, childbirth, or related medical condition are eligible.”
Ouch.
Yet we are supposedly one of the best states in the U.S. when it comes to maternity leave benefits, thanks to the Paid Family Leave program that gives qualified employees up to 55% of their salary for up to 6 weeks, provided by the state. If you’ve been self-employed or a stay-at-home mom previous to the birth, you may not be able to collect anything at all, however. Regardless, state law will allow you to take up to 4 months of unpaid leave and still return to your same or equivalent position, as long as you held the position at least 12 months before your absence.
Personally, I think Germany is looking pretty good. What do you think?
Click here to see all of the eleven “Moms Around the World” interviews published so far.
Safe journey,
Shelly Rivoli, author of the award-winning guide Travels with Baby
travelswithbaby.com   Facebook   Twitter
moms