Using an airline bassinet? Watch out for age, height and/or weight limits 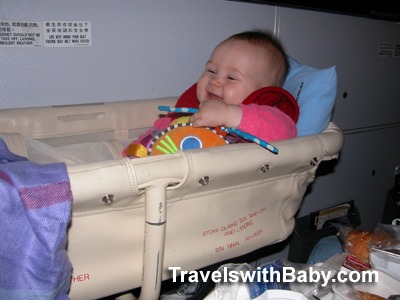 Using an airline bassinet? Take note of this traveler’s tale and heed these tips.

Last week I heard from a mother preparing to fly with SAS from the United States to Eastern Europe with her FOUR children, ages 6, 5, 4 and 11 months (cross your fingers for smooth flights and connections for these fearless family travelers!). As you can imagine, she was shocked as she called to confirm her flights, only to find out that the airline would not allow her to use the airline bassinet for her baby because she is 2 months past their age limit for using bassinets, which for SAS is 9 months.

Although the particular bassinet used in the aircraft is rated to 24 lbs., the agent—and manager stood firm by their policy and refused to reserve a bassinet for the lap infant. She’s not the first parent to get caught off guard by an unexpected age limit for airline bassinets (a.k.a. sky cots). Here are a few reasons to be aware of if you have overseas travel with an infant in mind:

If you plan to take advantage of an airline’s bassinet for an upcoming flight with your baby, you should make sure you choose an airline that will accommodate your infant at the time of travel. And remember, bassinets are generally available on a first-come first served basis. So make sure you’re seated in the proper locations on the aircraft to avoid that possible snafu. (Much, much more on that in Travels with Baby, including the possible drawbacks of being on the busy, bulkhead row with baby .)

Here are just a few of the different ways airlines specify their airline bassinet policies:

And remember, British Airways not only provides infant bassinets (sky cots) for babies, but also offers a limited number of the Britax toddler seats that can be mounted on the bulkhead for children under 2 years. Click here to see it and read about our experience flying with this toddler seat. 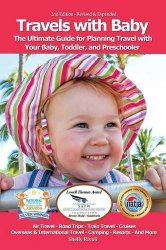 Have you flown with an airline bassinet? Share your experience and wisdom below!

Go Hawaiian AND help diaper a baby in need – for free!

Fifteen Tips for Flying Alone with a Baby...

Five Things You Should Know Before Flying with...

Tips for packing excess liquids for flights with...

What to Pack in Your Baby Travel Kit...

Need to Know: Flying Alaska Airlines with a...

Need to Know: Flying Ryanair with a baby...

Need to Know: Flying China Airlines with a...