Argentina’s tradition of Three Kings… and their thirsty camels 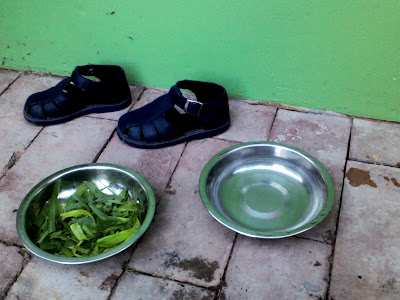 Placing their shoes by the door reminds the Kings how many children live there.

Today, I invite you on a virtual visit to  Buenos Aires, Argentina, where the children anxiously await the arrival of the Three Kings … and their camels.

Argentine native, Alejandra Vicco, first shared this Central and South American tradition with us in December 2011, when she was proprietor of Bebeba Baby Equipment Rentals in Buenos Aires. Enjoy — and don’t forget those hard-working camels this week!

In Argentina, and throughout Latin America, every 6th of January the children celebrate “Los Tres Reyes Magos,”  known in English as The Three Wise Men or Three Kings. The tradition of the Three Kings has been passed down by the Spanish immigrants since their arrival in Central America and on the South American continent.
As the familiar story goes, the Three Kings followed a star to meet the new King of Kings (Baby Jesus) and offered three presents: gold, frankincense and myrrh, to the newborn child born in Belén (Bethlehem).

The Argentine Tradition of Three Kings Day for Children

When December comes, all the boys and girls in Spain and Latin America start to write their letters to the Three Kings or to their favorite King: Melchor, Gaspar or Baltasar. They write about the things they’d like to receive on the morning of January 6, the presents get delivered.
Children also write about their behavior during the year. Generally, if they’ve been good, they get presents. But if they’ve been bad, they might instead get a piece of coal.
Their Majesties travel by camel and, due to the fact that they come from the East, they take a long time to arrive. Once here, they visit all the cities and villages and, after a spectacular parade, listen to the kids’ requests.
On the night of the 5th, the kids put their shoes by the door before going to bed so that the Kings will know how many children live there. They also put out something to eat and drink for Melchor, Gaspar, and Baltasar, and also water and grass for the camels.
Some Quick Fact Checking: While it’s true camels can last a month or more without drinking water, it’s widely understood that the night of January 5th, these camels have a lot of work to do. Naturally, they’ll be in need of extra water and food.
On the morning of the 6th, the food and drink placed on the plates and in glasses are gone. Children find presents both inside and outside of their shoes (it’s very unusual for their Majesties to bring carbones or coal because no child really behaves so badly…).
The children start playing with their new toys and excitedly await for the next 5th — and 6th! — of January to come around once again.

Thanks so much to Alejandra for sharing this fun South American tradition with us! And for any of you planning travel to Buenos Aires with your young child — or anywhere else in the U.S. or abroad for that matter, check out the Worldwide Directory of Baby Gear Rentals to help your family travel light. Happy New Year!

Shelly Rivoli, author of the award-winning Travels with Baby guidebooks

Flying American Airlines with a Baby or Toddler

Ten Essential Tips for Planning a Great Vacation with Grandparents

PSSST! If you’re kids are getting too old for this, check out Family Travel 411.

This post was originally published on TravelswithBaby.com on December 29, 2011, and has been updated.

Ten Essential Tips for Planning a Great Vacation with Grandparents

Tips for biking Yosemite National Park with a...

Planning a Visit to the National Parks with...

Important tips for your visit to Crystal Cave...

Grit and Glory: Rodeo Night at The Alisal...