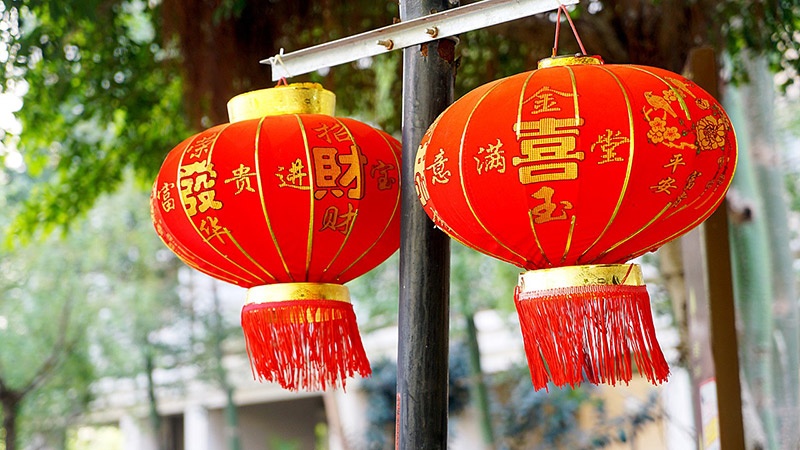 I count myself so lucky to have celebrated two Chinese New Years in Taipei, Taiwan, where the celebrations go strong and last long! And I’ll never forget my bewilderment when someone explained to me the banks would be closed eleven days!

As you can imagine Chinese New Year is a “really big deal” in Taiwan, as it is in many cities celebrating Lunar New Year around the world. I was thrilled when Amanda Hsiung-Blodgett – a native of Taiwan and creator of the “Let’s Learn Mandarin Chinese with Miss Panda!“ audio CD for young children – agreed to share all about the Chinese New Year traditions in Taiwan in this special guest post (updated for 2019).

Welcome to the Year of the Pig! 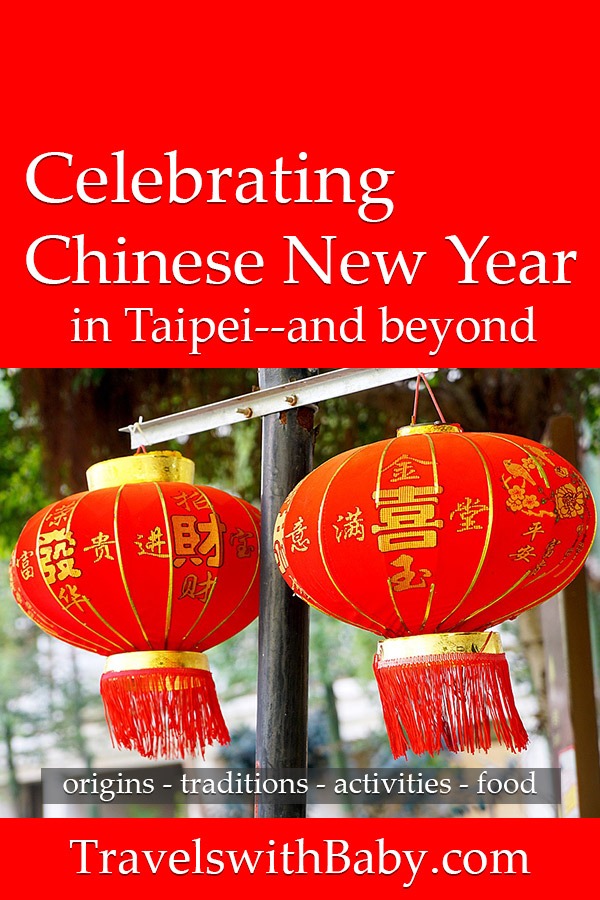 The Biggest of the Chinese Holidays

In addition to marking the beginning of each lunar (moon) year, Chinese New Year represents the most important holiday of the year in traditional Chinese culture.  You can find it being celebrated in Chinatowns all over the world.

It’s naturally a huge event in my native Taiwan, but even here in my current home of Honolulu, Hawaii, Chinese New Year celebrations are a big event and not to be missed.

The Story of “Nian” Beast

Some people say that Chinese New Year celebrations got their start with the story of the “Nian” beast (“nian” being the Chinese word for “year”).  As the legend goes, back in ancient times the “Nian” beast came out on the evening of each New Year to destroy crops and ravage villages.

One wise old man came to a village and found its people fleeing to hide from the beast.  He told the people to instead post red papers on their front doors, hang up bright red lanterns and set off firecrackers to make loud noises to scare away the beast.  The villagers followed his directions and the “Nian” beast went away.

People were thrilled to once again have a safe and peaceful village and they began to follow these earlier practices with a feast to celebrate the arrival of the New Year.  This legend passed on and in its own way explains many of the traditions we follow today in our celebration of the Chinese New Year.

Starting off Chinese New Year one hundred percent positively is all-important.  In order to begin things properly people begin with a major cleaning of the house.  “Out with the old and in with the new” is the idea behind this practice.

To bring good luck and prosperity families place so-called “spring scrolls,” red papers with lucky words or phrases, on their front doors.  Now is the time for the whole family to reunite – from the oldest great grandparent to the youngest newborn baby.  The tradition is to go back to your hometown to join the family reunion feast on Chinese New Year’s eve.

Because of its great importance families usually take days to prepare for this abundant dinner.  Must-have dishes for the meal include fish (which signifies surplus wealth), sticky rice cake (for promotions at work and good grades in school), noodles (for longevity and long life), and dumplings (for wealth and prosperity).

After the main courses pineapple is a favorite dessert fruit in Taiwan because the name for pineapple in Taiwanese sounds like “prosperity arrives!”

After Chinese New Year dinner, adults give red envelopes with “lucky money” (cash) in them to the children – always in an even number amount like 100, 200, 600, 800 or more to signify good luck.

In order to receive their envelopes children must say lucky phrases to their elders such as “gong xi, gong xi” (congratulations) and “xin nian kuai le” (Happy New Year). Other common favorites include, “gong xi fa cai” (congratulations on your prosperity) and “wan shi ru yi” (may everything go as you wish).

The excitement keeps climbing through the night.  After the red envelopes are distributed, some families play Mahjong, a popular Chinese tile game with four adult players per table.  Some families also play card games, Chinese chess, or Chinese checkers.

The children go with their parents to set off all kinds of firecrackers.  The popping sounds of the firecrackers build all night to the climax at twelve o’clock midnight.  Families and business owners set off long strings of red firecrackers at midnight for luck and prosperity in the coming year.  You can feel the excitement of the arrival of Chinese New Year by listening to the non-stop crackle of firecrackers throughout the entire city.

Not Just a One-Night Affair:

Due to its importance, the Chinese New Year celebration lasts not one day, but fifteen.  With Chinese New Year allowing people to have five days or more off from work and school, families have time to catch up with each other.

Some days of the celebration include special practices.  The first day of Chinese New Year finds people enjoying the day savoring New Year’s delicacies, shopping in the special New Year’s marketplaces and having guests over.  The second day of the Chinese New Year is the traditional day for married daughters to return to visit their own parents.  The fifth day of the Chinese New Year is typically the day for businesses to reopen and for some people to go back to work. However, kids typically don’t return to school just yet). 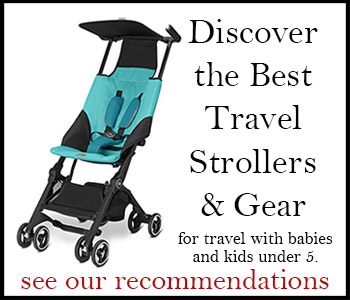 In any case the Chinese New Year celebration continues for fifteen days with people saying lucky phrases to greet each other during this time and making efforts to avoid any negative thoughts, words and actions.  The tradition is to be happy and joyful during this time so that happiness and good luck will follow you for the whole year.

Thanks so much to Amanda “Miss Panda” Hsiung-Blodgett (whose Chinese last name literally means “bear”) for this great guest post on Chinese New Year, one of the biggest family holiday celebrations in the world. Amanda is the mother of two young bilingual children and the creator of the “Let’s Learn Mandarin Chinese with Miss Panda!” audio CD – the first installment of her Chinese learning series for young children.

A native of Taipei, Taiwan with parents from Mainland China, she currently lives in Honolulu, Hawaii.  She has traveled to Turkmenistan, England, Thailand, Taiwan, and Bahrain with her two children.  For more information about “Miss Panda” visit her at MissPandaChinese.com or on Facebook and Twitter. And to all… “xin nian kuai le” (Happy New Year), and “wan shi ru yi” (may everything go as you wish)!

Need to Know: Flying China Airlines with a Baby or Toddler

How to Plan Your Best Vacation with Baby 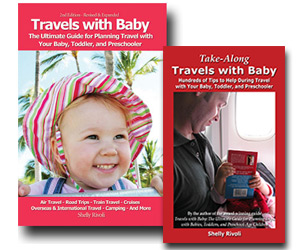 Shelly Rivoli, author of the award-winning Travels with Baby guidebooks

What?! Your kids aren’t babies anymore? Head over to Family Travel 411